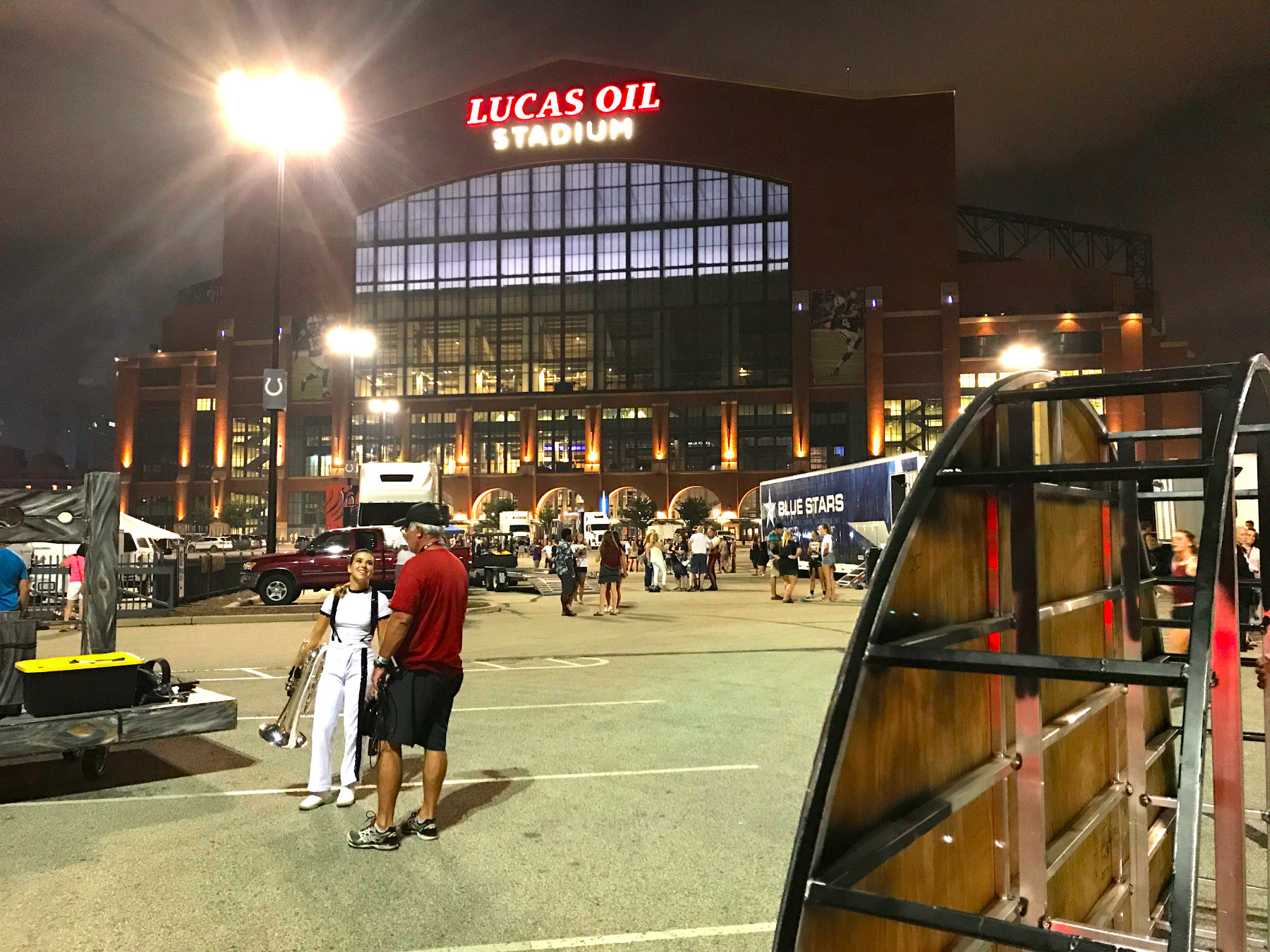 Steve the prop guy with a Bluecoat in the lot following the show.

I am in downtown Indianapolis. Tonight the Boston Crusaders are going into the DCI semifinal competition in solid 6th place following the preliminary competition last night. This is where the corps has been ranked by Drum Corps Planet for most of the season. At one point in the season, BAC was ranked 5th based on DCP ranking measure but the Cavaliers have persevered to hold onto fifth throughout the later season. In the preliminary competition last night, BAC picked up some distance on the Cavees, with a score of 93.2. If my math is correct, with that same trajectory, BAC can take them by finals. I do not want to get ahead of myself, and I should go back to my attitude that scores are the lesser part of the experience. However, I can’t at this point in the competition. These kids have slogged through a long summer of mass migration across our beautiful land, toting bars, lifting bails and working their tails off to climb in the standings. Every 100th of a point makes a difference.

I have taken the early part of the day off to catch up on things left hanging back in the real life, updating my blog and helping out Lynn, my Hoosier hostess who has generously offered me her guest room. She needed a ride downtown to get signed up for owning a firearm. We talked about guns, violence and other matters of our conflicted 21st century American culture. We concurred that there is great hope when we look to the kids who are the future. I have been really proud of the responsible, dedicated, vital and confident young adults that my daughter and her friends are becoming. I am equally impressed with the marchers in drum corps. If we could bottle up these indelible qualities of equality, cooperation, and unity and distribute it throughout all of the convenient corner stores across this land, we would solve a lot of problems.

It’s great to be in a big city again. Indianapolis is the ‘Circle City.’ The center of the city has a tall monument that is circled by an inner road with radiating intersections. The downtown streets are named after states. I wonder how many times Pat Metheny’s song Full Circle has been played in Lucas Oil Stadium. I have flown to Atlanta and Minneapolis to see drum corps competitions in the past. Each time, I would walk the streets and get a good dose of the urban environment. It is a proper balance to even out my perspective. Along the Mill Brook, it is rather serene and not affected by man-made sights and sounds. In a city one can see the entirety of our cultural strata including those who are the least successful in reaching that bar of the portrayed American lifestyle.

It is the witching hour for me. Time to go meet the BAC truck on Missouri Street to unload the props and get them down into the stadium basement for the second performance of the final competition that will include. Today there will be a total of 25 World Class Corps competing. By the end of the finals tomorrow, there will be only twelve corps in the final ranking.

I got soaking wet. Just as we unloaded the props, it rained buckets. I mean, man it poured. The storm water ran into the underground system that carries it away from the tremendous amount of impervious surface area of the massive building and surrounding asphalt. With the almost 100% paved surfaces around here, there is nothing to absorb the torrential rain, so the water must go somewhere. Millions of gallons of water travel through a well-designed system and into the nearby White River. We have a White River in Vermont. Climate change is causing more frequent flash flooding in Vermont and over taxing our old, undersized and crumbling systems. The 19th century villages are under duress. The riparian zones of the Mad River and one of it main tributaries, the Mill Brook are no exception. I have observed the change over my short lifespan. A few pounds of water were soaked into my clothing in a very short period of time. Fortunately, I had dry clothes in the car. I cannot imagine the bedlam that would have ensued if this were an open stadium.

The Cadets are performing and BAC will follow them again, a familiar line up schedule this season. I had been standing near the entrance to the lower seats to enjoy Phantom Regiment and Blue Knights agian. I am now in the lounge area behind the stands between the 30’s and watching on one of the many TVs that are hanging from the ceiling. Fortunately, this one has sound. My plan is to hang out in the area where the corps staff can stand at the 50 above the lower seats during the BAC show. 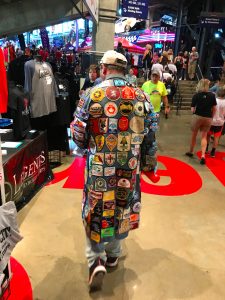 I am in the lounge again. I got kicked out of the standing area. They were strict on keeping it to ten staff only. So I went back and stood at the entrance to the lower stands. Next year, I will buy a ticket. The boys and girls had a spectacular performance. It was as powerful as I have ever seen it and the drills and color guard were super clean. The entire corps marched with a confidence that was well earned. The color guard instructed the world. Maybe another record has been set tonight for BAC. Last night’s score of 93.2 out of a possible 100 was the highest that BAC has ever received in 77 years of Boston drum corps history.

While in the lounge, I was talking with parents of a Cole, a Vanguard tuba player. They are very proud of him. We shared a lot stories particularly about the character building aspect of the activity. I also me another parent, Ronald, beaming with pride, whose daughter marches with Cascade. Certainly this is a life changing experience for all of the members who partake, and the parents couldn’t be more proud and supportive. The transformation of mind, body and sole is evident in their mastery of the program, their sleek and tanned physiques, and the confidence they exude on and off the field. The Bluecoats were bringing it o 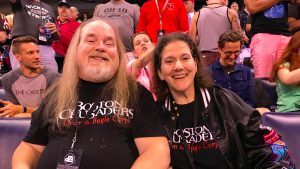 n the field as we talked, our eyes shifting frequently to the TV screen. It has been amazing just how easy it is to take up a conversation with drum corps enthusiast. Everywhere I turn I make good eye contact and a friendly smile is returned. I have been wearing my Waldo hat with pride, a sort of a beacon of respect. It acknowledges the great heritage of earlier BACs and the success of today’s corps. Cool.

Tomorrow night will be the final competition of the season. I am ready for tears.