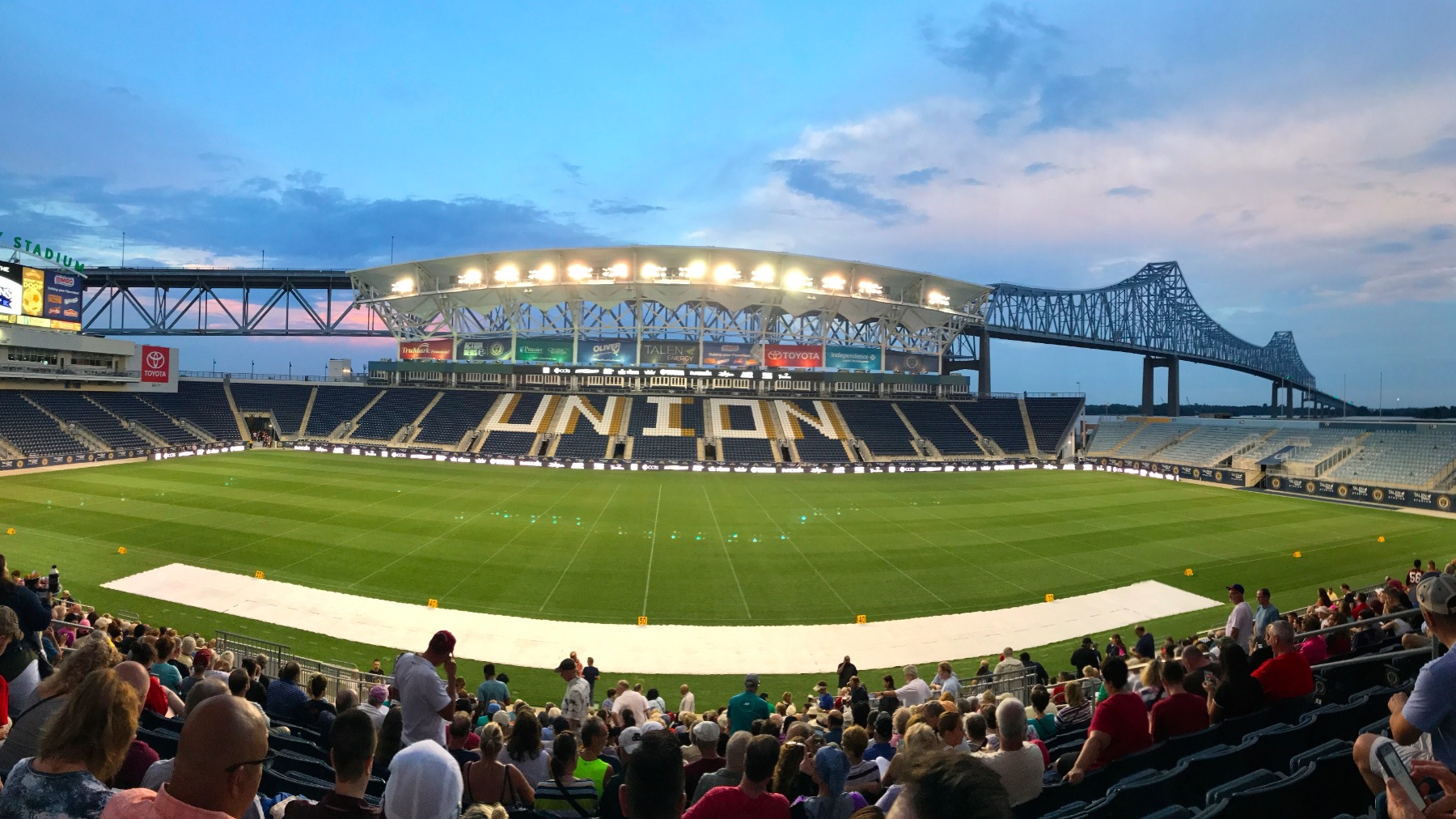 I am back at the hotel, too restless to sleep. I now realize what a small world drum corps can be. I met George and Cathy – drum corps fans at the VIP gathering. BTW the food was great including the ice cream. They invited me to join them at their table and we enjoyed a fruitful discussion on all things drum corps. Cathy used to write for Drum Corps World and promised me that she would read this blog and give me some feedback. I explained that I was struggling with making it interesting for the drum corps enthusiasts as well as for those uninitiated. I do not want to get lost in the minutia of adjudication or become critical of things that I don’t necessarily like. I am trying to avoid being judgmental.

I am not going to go into a long review of the show and programs at the TOC in Chester. I will only say that the boys and girls did not disappoint. The full house of enthusiastic fans reacted with jubilance at all of the high points from each corps. A few surprises were revealed, including a couple of faux endings. There were standing ovations for all.

It was a pleasure and a privilege to have such a nice seat neighbor in the stands, Ronnie. She has been involved with the drum corps activity and also knows BAC staff members. I have been going to shows alone and it is nice to interact with my fellow fans. I hope I get a chance to run into Ronnie again in Allentown. Everyone that I have met has asked me if I am going to the championships next week. This question remains unanswered at this time. I am fully prepared to jump on board with BAC for the final run, hitching my wagon onto their parade. I will talk with Ron and Garry on Saturday in Allentown. Tomorrow I head for the mecca of drum corps, Cedar Creek Park and J. Birney Crum stadium. Hoohoo!

I’m at the rest area on the Pennsylvania Turnpike just outside Allentown, Pennsylvania. Heading west from Philadelphia has been smooth sailing, going with the flow, reliving the previous nights drum corps shows in my head. This will be the shortest distance traveling between shows on my trip. The previous two days had been a bit more challenging driving from Vermont to New Jersey in heavy rain and thunder storms, and lots of stop and go on the interstates around Philly. I understand that the average vehicle miles traveled per person in this country is on the upswing again after some years of decline. Ugh! Me too. I stayed in a value hotel for the past two nights to catch the Clifton, NJ and Chester, PA shows. The bed was ok, but the breakfast was straight out of a chemical food factory. I did not expect real maple syrup, but I was not impressed with the fake bacon. I do not have a hotel room in Allentown yet.

Siri, my navigator and I are back together again. Generally, she is a helpful companion but every once in a while she gets confused and we have an argument. I am usually the one at fault. I recall an episode back in June while following BAC to Evansville Indiana. It was a long haul of 184 miles from Cincinnati so I put Siri to sleep. As I encountered my first exit for Evansville, I realized that she was not with me to confirm the exit so I hastily turned her on. She was groggy and took a few seconds to respond so I took the exit to be safe. When she awoke, she realized my mistake, recalibrated and showed me a route to return, taking all four leaves of the interchange. The screen showed a completely blue 4-leaf clover. When I was finally back on direction to the next and correct exit, I thought about how cool that might look as a drum corps drill. Thank you, Siri. “Don’t mention it.”

TGIF! Friday in Allentown is day one of a two-day drum corps competition that features the entire world class field. In Vermont, Friday afternoon is an unwritten holiday every week. Outdoor recreation is usually the plan. Skiing when there is snow – Fall, Winter and Spring, and hiking, kayaking or biking on the off-season – Summer. I am a member of the Powder Pig Ski Club, a loosely affiliated group of skiers (or is that an affiliated group of loose skiers?). Drum corps is lost on them but they tolerate me. Today for my solo recreation and exercise, I am going for a nice walk in Cedar Creek Park next to the J Birney Crum stadium. This sprawling urban park is where the drum corps disembark and warm up before the show. I will be thinking about my friends climbing some peak in the Green Mountains as I traverse the flat terrain here in Allentown. BAC will be departing Boston tonight with arrival at the housing site near Allentown around 3:00 am tomorrow to prepare for performing on day two. I will try meet up with them early and offer some help. Meanwhile, time to enjoy day one at the mecca of drum corps – Allentown.