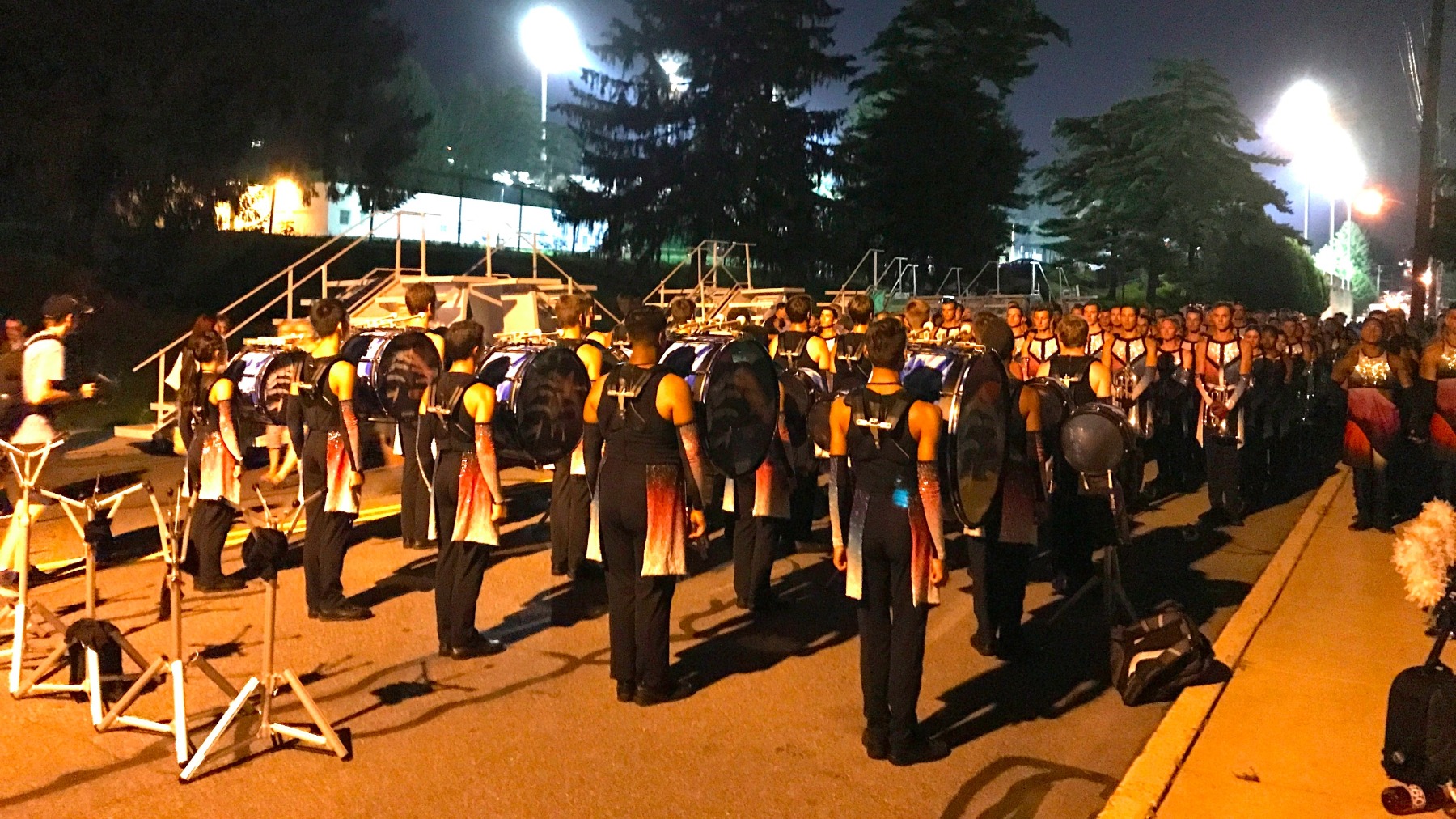 A quiet moment with the Blue Devils following their performance.

Allentown brings out the best in drum corps. All the corps on last night were really on their game. I had a blast sitting in the epicenter of sight and sound at section R, row 9, seat 11. Boom! I will leave the reviews and judgments up to others. However, the one exception that I will make is to offer a reflection on the Blue Devils 2017 program Metamorph, and their outstanding performance. Unbeatable. This show has it all, visually and musically. The program is easy to follow as it transforms from beginning to end. The program depicts the Concord Blue Devils as it goes through its metamorphosis over the past 60 years and into the future. You’ve got to love the jazz and the snippets of musical riffs and drills from the past. Seamless musical transitions and uniform changes takes one through a 60-year timespan. There were tears in the eyes of some of my neighbors in the stands who are in the know. This program portends the creative direction of the activity including losing the shakos. I am finding out that not all drum corps fans are happy about the changes. Some long for the more traditional shows of the past. As I sat there and absorbed the BD experience, I felt the culmination of this sentiment and embraced the metamorphosis.

Before the competition, I had dinner at the Hamilton Family Diner. The Ham-Fam is within holler of the stadium and a favorite place to have dinner before the shows for many ardent annual pilgrims of the activity. I sat at the counter, where I met a 67-year old snare player. He lamented about the drum corps evolution and said that this was the first show that he has been to in many years. He specifically said that he was here to watch the Blue Devils snares opening, siting a traditional percussion piece that he once played. I also met a parent from The Company, a drum corps visiting from the United Kingdom. Drum corps is uniquely an American activity and it has been exported to the UK and the rest of the world. Cool. The Company is an all age corps and will be performing at the open class championships in Michigan City next week. Their August 2017 tour of the US was a three-year effort by the corps in planning and execution. 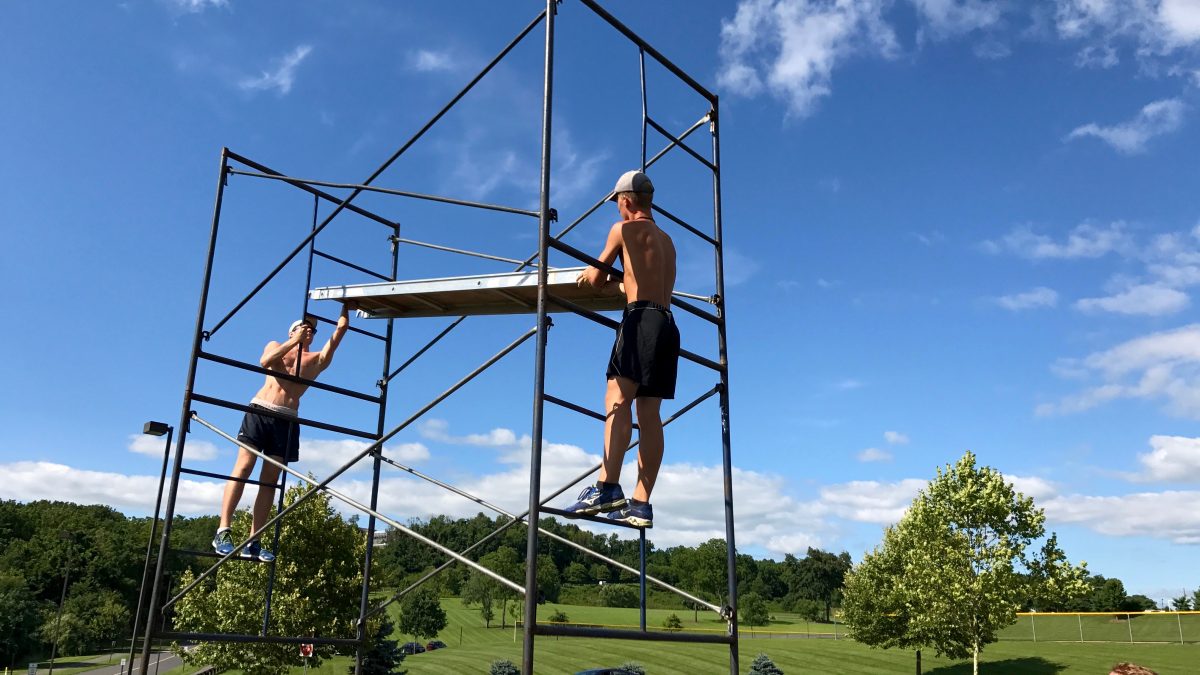 BAC members install scaffolding to elevate the instruction staff prior to rehearsal.

I am hanging out with BAC in Philipsburg, New Jersey about 25 miles east of Allentown. The Corps is encamped at the local high school. Ensemble is at 2:30 PM with a possible run through of Wicked Game before ESL at 4:30PM. Tonight is show night. BAC is on third from last followed by the Cavaliers and Carolina Crown. This should be an exciting night for everyone involved. It is good to see Anthony, Mary-Mason, Vivian and Ron, and others of the hard working staff again that I did not see during my brief encounter with the Corps in Clifton NJ the other night.

I am sitting in the shade uphill and about a quarter-mile away from the rehearsal field. The corps is working through the book, number to number with endless takes. The sound echoes off the adjoining rolling hills. They have reached the ballad. Oh, how that song serenades the countryside. A morning dove coos over my head in response. The brass infusion and thunder of the pit at the climax makes a bold statement to the natural world around of the presence of BAC. I am heading down to see the run thought then off to Allentown to party in the park with the BAC alumni and fans before the show. The corps did not do a run through, but before they left the field, they played the Corps’ traditional piece, Giant. Tears. Tonight – Allentown day two.

BAC members install scaffolding to elevate the instruction staff prior to rehearsal.