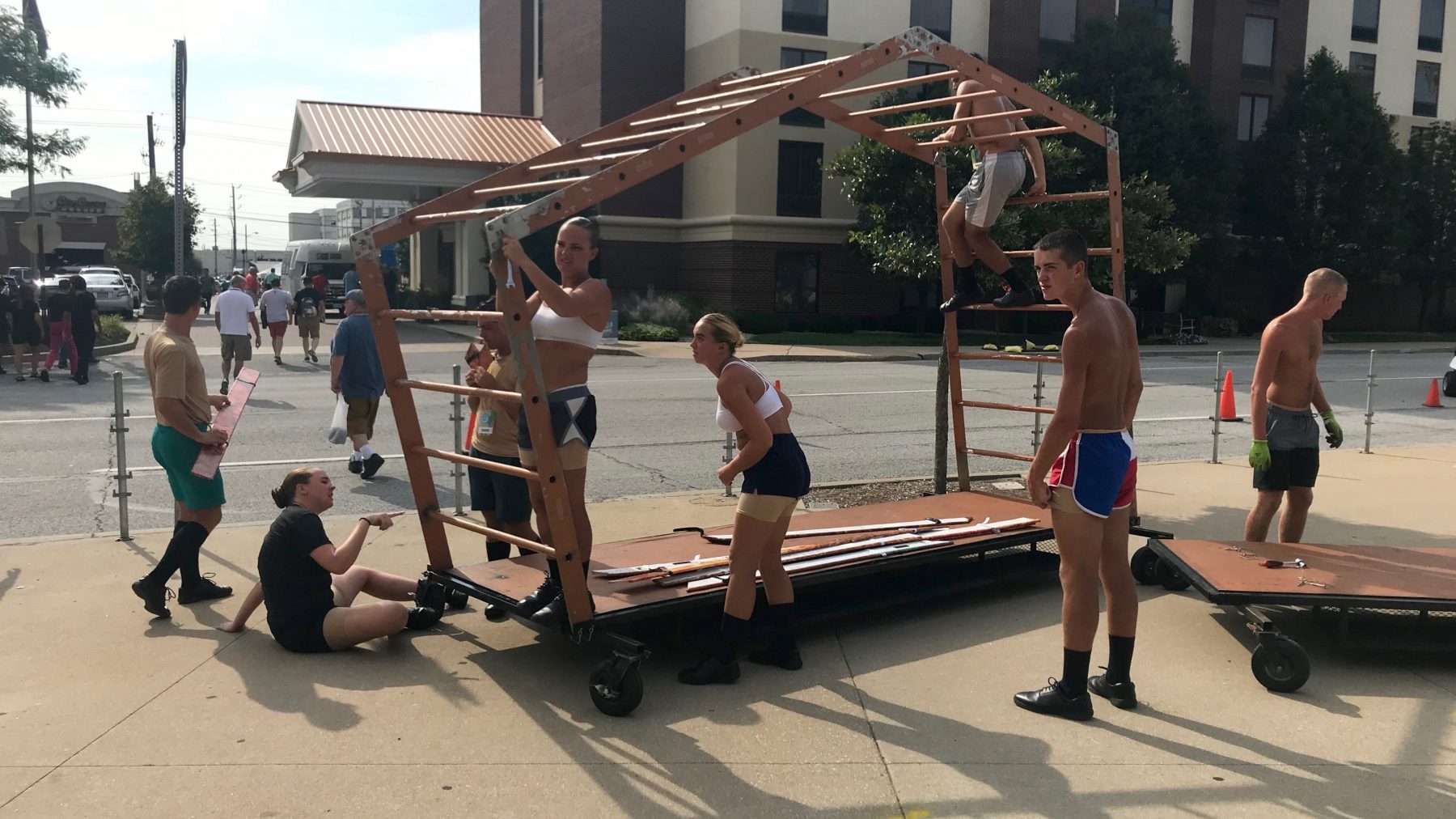 Members of the Phantom Regiment color guard prepare one of their polygonal props outside Lucas Oil Stadium.

It started in the wee hours of the morning. Drums, horns, marching members, staff, and the attending props and regalia of forty drum corps began to arrive and assemble at Lucas Oil Stadium in Indianapolis. Today was the Preliminary Competition of the Drum Corps International Championship Series. Twenty-four World Class corps and sixteen Open Class performed to the drum corps fans and families that traveled from all over the country to this indoor marching festival. Last year I had the privilege of volunteering with the Boston Crusaders, assisting with prop handling. Since I did not have tickets, I kept myself busy checking out the venue. This year is a different story. I will be planted at the fifty-yard line for the epic culmination of drum corps’ musical extravaganza.

The Boston Crusaders perform S.O.S. as seen from the fifty.

Steve, the publisher hooked me up with some great seats for all three nights. I am down front in row 12 right at the fifty. I have usually been in a much higher row at the earlier shows where there is a better view of the enitre field, font to back and side to side. What a treat to be so up close and personal down front. Here I have a great view of the percussion ensemble spread across the sidelines in front of me – the Pit. Watching the front ensemble perform is sheer pleasure as the members’ body movements and facial expressions portray the passion and emotion of the program as well as dazzle us with their mastery of the keys and sundry of percussion instruments. The precision of which they play together is impressive. It is if they are one organism of which all the parts are linked by one mind. This is also the sound zone where the amplification is most powerful, to be felt through the whole body. One is completely absorbed by the deep base sounds and layers of synthesized audio resonating through the speakers. The live and amplified horns and drums constantly attack the senses at this close range.  The only downside to being low is not being able to fully see the drill formations, some spelling out words to depict the program. However, the tosses of flags, rifles, sabers and other props are more dramatic and are very visible against the black backdrop on the other side of the stands. The many white rifles and sabres with flashing-tosses, some simultaneous, others in sequence, mimic fireworks and lightening that strikes in synchronicity with the drill and sound creating sparks of enthusiasm and applause from those around me. I am extremely grateful for the privilege of being surrounded by other like-minded drum corps aficionados, including seat neighbor, Donald Chin, writer for Drum Corps World. We exchanged knowing glances and shared common impressions throughout the many shows we observed together this morning, afternoon and evening.

I am emotionally spent from the long day of watching, as I was present for at least 30 of the performances. The top 25 corps from tonight will compete tomorrow in the Semi 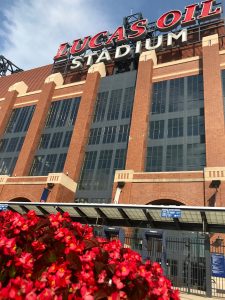 finals. And, on Saturday, the top 12 will perform in the DCI Finals. As the top corps come on last, each successive corps gets better and better and the excitement builds throughout the day. However, I thoroughly enjoyed all of the performances. Even the corps that came on early were creative and fun. The kids all performed at their best after the long summer of rehearsals and performances. WOW moments permeate throughout all of the show designs. I particularly enjoyed the Casey Jones show by Music City when the train crashes. It builds and builds to an intense cacophony of sound leading up to the calamity when all of the marchers scatter and disassemble as the train formation disintegrates in slow motion in front of me. All the corps’ horn lines are impressive and the diverse musical repertoires are very enjoyable. I have enjoyed the music and sound of Genesis. It is fun to see how the visual programs of each corps have been tweaked and cleaned. With hundreds of takes going through their book in rehearsals and performing at as many as thirty shows to date for most of the World Class corps, it is no wonder they are so tight – 154 parts of one being. 154 BFFs. As some of the corps performed their final show today, the members were especially emotional when it was over. Tomorrow, more corps will be completing their season with similar bitter sweetness. On Saturday, the twelve finalists will complete their season. And then it will be all over for 2018. Alas….