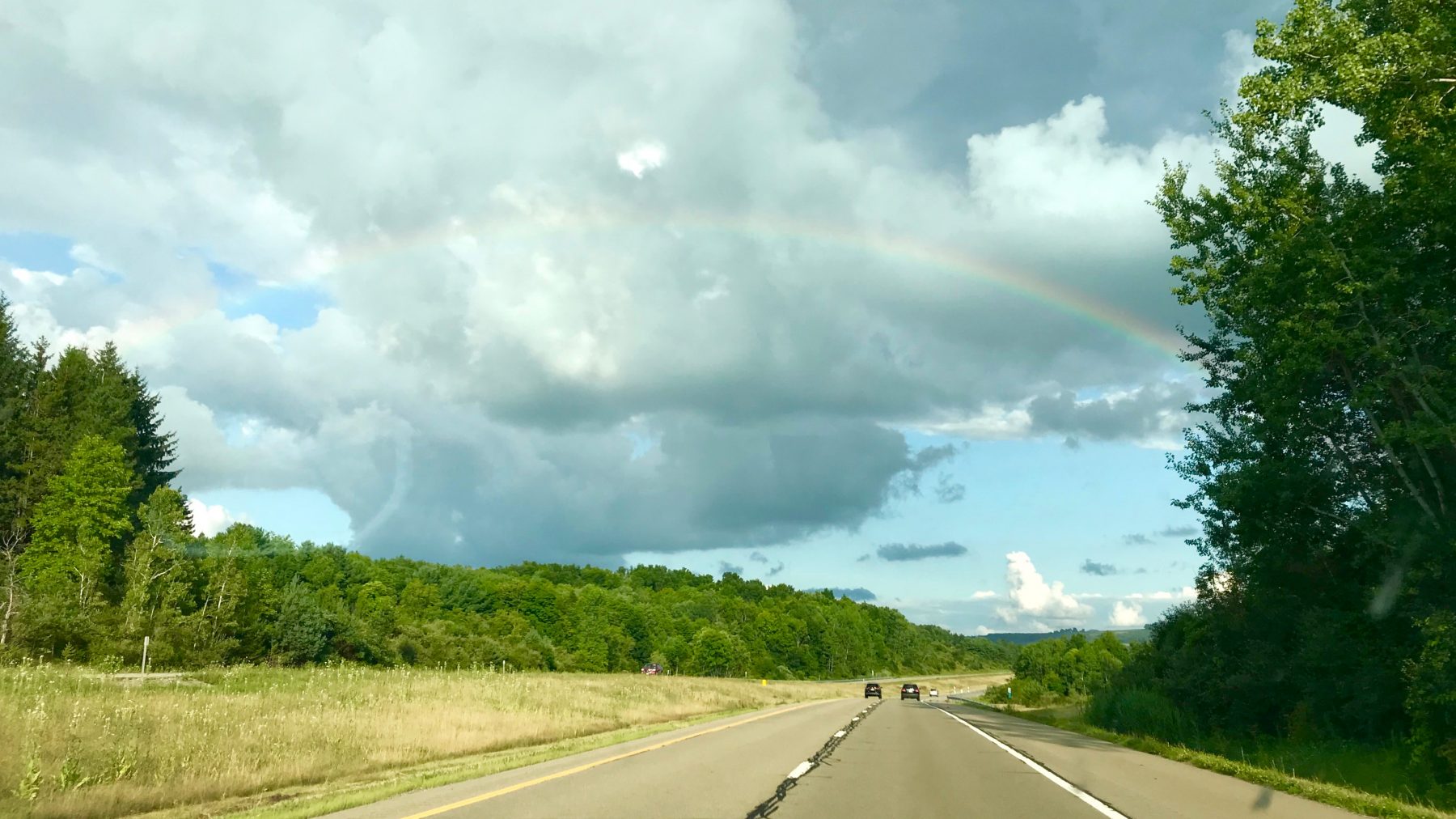 A rainbow over the Southern Tier Expressway.

The journey eastward from Indianapolis began this morning. It is Sunday, the day after the DCI final championship performances and I am homeward bound. Setting the on-board navigation system for Waitsfield, Vermont showed the usual interstate highway system routes. I chose to deviate to a less traveled route and put the Silver Bullet, my newer Volvo, in motion. This is the car that I picked up in Pennsylvania during my tour last week on the way to the Tour of Championship show in Massillon, Ohio. Sometimes you have to purchase a vehicle out of necessity. The Grey Ghost, my former Volvo, died of transmission failure. The Ghost took me 6,000 miles on tour in 2017 where volunteered with the Boston Crusaders for 23 days. You may have read my series I Ran Away with the Drum Corps in last years off season DCW issues. If it were not for the professionals at Bobby Rahal Automotive Group, a major dealership in Wexford, PA, and the divine providence of breaking down within 4 miles of them, I may very well have been foiled on my drum corps tour but for this amazing grace.

Now loaded with the faux spears purchased from the Boston Crusaders, SOS program, and a lot of dirty laundry, the Ghost’s replacement is taking me home. I am at one of the many rest areas along the way taking a needed break with a short walk of the perimeter. My goal is to reach Ithaca, New York in time for dinner with my sister. I am making great progress, the hours of traveling giving me ample time to cogitate about the amazing experiences being at the 50-yard line at a dozen DCI shows including the three finals nights.

Do you sing to yourself silently in your head? I do, and I cannot stop self-singing many of the pieces that have been drilled into me at close range over the past two weeks. I often find myself whistling them or singing them out loud during my long drives Who needs the radio? Nothing but blah blah blah on the airwaves. Singing to my self is not quite as bad as talking to myself, I suppose. Music and singing raises the soul and spirit to a higher place. Since 2012, the year that I rediscovered drum and bugle corps, my summers have become musical odysseys. I have learned more about composers, old and new, by the exposure to this activity, than I ever did in school. The 21st century drum corps repertoires include an amazing variety of musical genres featuring standard classics and obscure modern pieces. Of course the musical arrangements for brass and percussion have taken many of these pieces to very different places, especially when mashed together. How the Cavaliers can pull off Bolero and Men Reading Fashion Magazines mashup, I do not know, but we enjoyed it and I cannot get it out of my head. My favorite ballad of the year was the Blue Stars’ version of the Carpenters’ Close to You. If my ears had taste buds, I would say scrumptious! One song, Amazing Grace, tells the story of the BAC program completely, for once they were lost, but now found. The particular arrangement by Michael George is compelling and emotional, fitting of the corps predicament on the deserted island. This song, I have been self singing all summer long. My post-finals melancholy enhances the quality of my inner voice while the pavement speeds by under the Bullet. 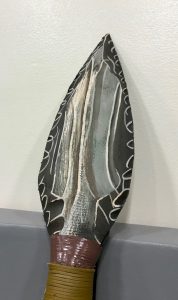 Last night, after the final competitive performance of Santa Clara Vanguard, I headed to the lot to meet up with Rudy from BAC. I had made arrangements to purchase the spears that were used as props in the Boston Crusaders program – S.O.S. (think Lord of the Flies). Back in June during my visit to spring training in Castleton, Vermont, I observed them being fabricated by the prop team. This was an early clue to the program theme. My original idea was to integrate them into the railing of my new deck along the Mill Brook. Now, I am having second thoughts about that, thinking that there is a better and higher use for them. After all, they are important mementos of the number one guard program of 2018, a first, first for BAC.

One cannot overstate the talent of the twenty first century color guards. Many have commented that the fast evolution of DCI programs is driven by the creative programs of WGI – Winter Guard International. These smaller ensembles continue to reach deeper into realm of creative movement and dance. Today’s top guard members are highly skilled at dance and gymnastics. The successful 2018 program of the Mandarins featured a very talented dancer performing on the largest prop of the year. It was interesting and entertaining watching the numerous members that it took to assemble the large rotating circular platform as they took the field. Congratulations to Mandarins on a great year breaking into the final championship for their first time, taking 11th place. Not only do the corps’ guard members perform with agility, but so do the marching brass and percussion members. The visual aspect of drum corps program design continues to move away from the regimented classic marching drills to more artistic, dramatic movements including the entire corps. The corps uniforms (costumes) have also evolved, not only for fashion to fit the theme, but also function to meet the demands of the more active movements, climbing, running, jumping, tumbling. Trust falls abound. I have found that the more times I watch a program, the more I am drawn into the visual aspect and the incredible physical feats of the guards and marching members. This is the area where you will continue to see new things with each performance, either recently added or not previously noticed. There is so much going on with 154 members on the field that it is impossible to catch it all even after several viewings, keeping the experience fresh.

Low computer battery and a need to keep moving, it is time for me to wrap it up for now and keep driving. I have a few more things on my mind including my new rant on public water at DCI events, improved food choices for members and fans, and cleaner air in the lots. These appear to be subjects that I may spend some time to research further during the off season. One of my favorite mementos from 2018 is my DCI water bottle, that I used daily to properly hydrate at the finals. This season, I visited many food trailers and I am grateful to have met some of the corps chefs during my tour. I learned that many use margarine instead of real butter. I hope to follow up with them for their thoughts and ideas on how to increase the availability of healthful whole foods. It was rewarding for me to be able to provide some Seriously Sharp Cheddar Cheese from my friends and Cabot Creamery, Waitsfield, Vermont to the Boston Crusaders and Carolina 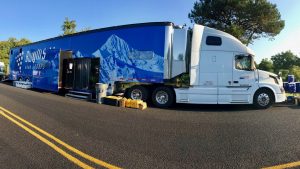 Crown. I hope to expand the relationship between Cabot and DCI corps. Cheese is not orange, look it up. These and perhaps a few more musings will be explored when I return to my humble Vermont home along the Mill Brook. For now, I have miles to go before I sleep.